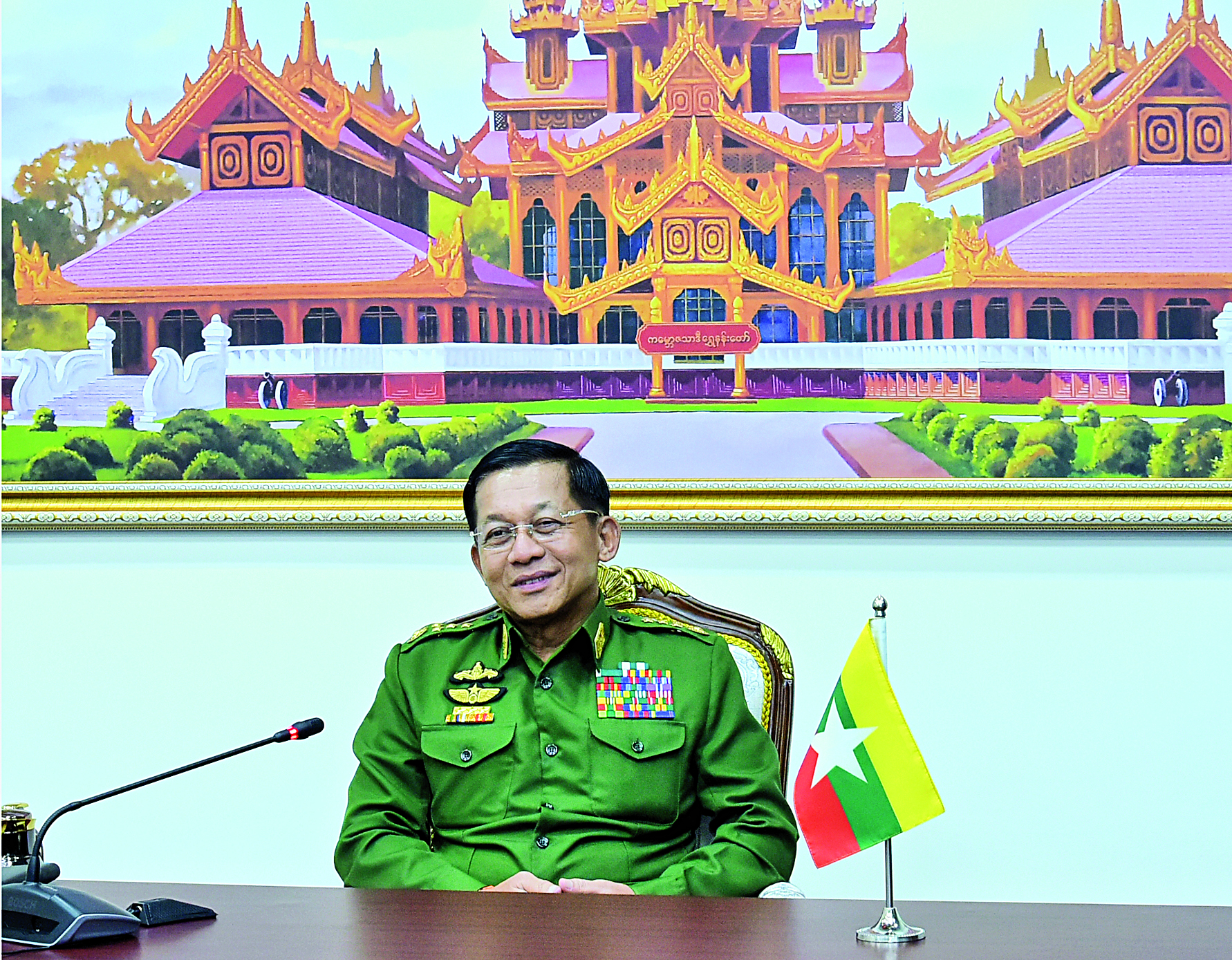 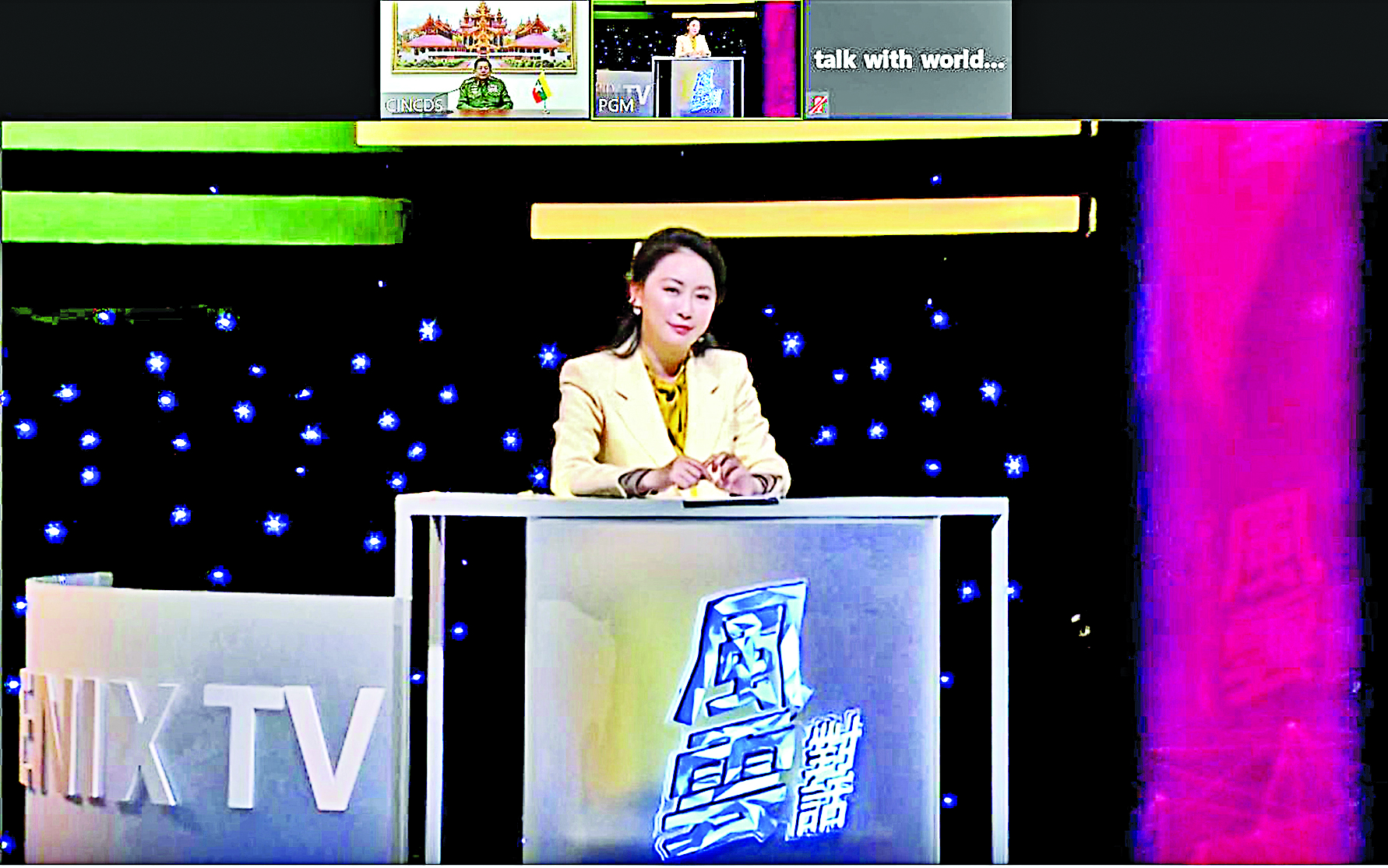 Q: The Western countries are constantly demanding that Myanmar consider them as citizens and given them settlement. Is there any plan to accept them? If so, what facts will you be based on?

A: Not only us but also five other neighbouring countries concern those people. As a former British colony, a lot of foreigners have been in our country for various reasons. For this, the 1982 Citizenship Law was drafted. Under this law, we already have plans to re-accept those meet the requirements in relation to the Bengalis who have fled to Bangladesh.

Q: Provisions in the 1982 Myanmar Citizenship Law are clear. How do you think about those who are not eligible for the law?

A: I believe that any country in the world does not act beyond the powers prescribed in its citizenship law.

Q: I understand that it will go under the law and that these will be solved if there are demands from international community. I know that this is the first time that acted as the chairman; you have met and answered an external media since the State Administration Council was formed. If this is correct, why do you receive and meet a Chinese media for the first time? And, discuss it, please.

A: When there is a question, there is an answer. I meet and answer an external media as I am confident that I could correctly realize what I say. There is another thing I like to say. It is not the first time I meet and answer you. I have met and answered other media outlets. It might be that they have not appeared yet due to various circumstances.

A: Myanmar borders China. China is a country that shares an over 2,200 kilometres long border with Myanmar. Another point is that there is Swemyo Paukphaw relationship between the two countries, and national races living on each side of the border have similarities. You have Jingpho. We have Kachin. You have Wa. We have Wa. You have Shan. We have Shan. You have Lahu. We have Lahu. There are quite close similarities in social life and life style among them. If we go back to history, China's instance of political changes in 1945-1950 caused implication to the border area and Myanmar. Similarly, instance of Myanmar's political changes caused implication to Myanmar, the border area and China. This is unusual. I have adopted the best is that we, the two countries, have bilaterally cooperative relationship building on trust and friendship. There is no other trusted, allied country than a neighbour. A neighbour must be the best close country. Must be a good neighbour. We act as a good friendship country to all the countries including five neighbours. China and Myanmar are the first countries to sign the Five Principles of Peaceful Coexistence in the world. This is unusual.

Q: If Myanmar thinks about joining and cooperating with China's Belt and Road Initiative or OBOR, please give your brief comment.

A: It is not that China's current economic corridor has just started with Myanmar now. It has been cooperating with Myanmar since long time ago. Since then, there has been bilateral cooperation in various sectors. Now, it has appeared to become more serious having links to the entire world. It is not that Myanmar has just started joining it. It has been long cooperating with China's. We are just to cooperate better than that. I would like to say that we will cooperate with it if it contributes benefits to interests of Myanmar and its people.

Q: Let me combine two questions. How do you maintain and boost stability of the border between Myanmar and China? Your comment, please. Another question is how you cooperate with measures to respond to spread of the COVID-19 to the border.

A: Regarding the stability on the border area, it will reach to totally peaceful situation on the border area if ethnic armed organizations in the area fully cooperate with the course of peace that Myanmar is taking. Such situation is formed not only on the border with China but on the border with Thailand. There are similar situations on the borders with Indiaand Laos as well. Now, there is a situation on the border with Bangladesh. To ensure stability on the borders, if it happens that ethnic armed organizations are not on the border areas, if it happens that they correctly cooperate with the political course Myanmaris taking, I would like to say our cooperation for ensuring peace and stability on the border area is firm. So, we have to take tasks enhancing improvement of socio-economic status of national races in the border areas. This is an essential task to carry out. There should not be a difference between the China's political situation and ours. If yes, there may be a problem. At our end, we have to try not to have a sort of difference. On one side, efforts are to be made to ensure stability and on this side, efforts are to be made to ensure improvement. I see that only if there are both of them, there might be a firm ties of relations between the two countries. Another one is that one of your questions is about COVID-19. We got COVID-19 outbreak under control in February, March and April. We are in the position to get the spread of infection pretty under control. We had a lot of confirmed cases in the second wave. In the third wave, there have been a quite small in number of infection cases. But, this does not mean it has totally disappeared. We have to try to maintain this position. Not to have any outbreak of the virus in border areas, it is needed to precisely adhere to the COVID-19 restrictions. No need to have any feeling of hesitation. Regarding enforcement measures on the restrictions, your side is to stick to your own restrictions on the COVID-19, and so we are. There are universal restrictions and preventive measures on it. Another point isthat people need to have consciousness on these restrictions and measures to respond to it. I see there might be a problem unable to prevent and curb it if people do not adhere to the restrictions and measures on a selfconscious basis. In this regard, I assume bilateral cooperation is very important.

Q: Finally speaking, the Phoenix really appreciates what you patiently answered the questions. Another one is that the Phoenix likes to conclude this interview saying it believes that both sides, as just mentioned, are to give priorities to cooperation according to the history and background of the two countries.

A: Well, it's perfect. I thank the Phoenix very much for having a chance of letting me talk about situation of Myanmar and position and attitude of the Council headed by me. I am much confident that based on the points I said, it will make the international community known of all.